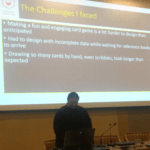 This October I worked on my current flagship project Against Sahara, helped organize Unreal Bahrain game dev meetup which happened on 6th October, and made changes to my weekly schedule as well as my goals.

After going through 7 iterations of the game’s design, I finally ended design work and started development!.

So far I have a very ugly-looking-but-working main menu and started work on the card play framework.

I don’t have anything to show yet since it’s mostly backend work for now, but I plan on having a basic version of the game playable by next month.

This proved to be a lot more time consuming than I first anticipated, but largely in part because it was my first time and was learning the ropes, although the meetup proved to be a success.

Due to the time I spent working on the meetup, I didn’t get to work on Against Sahara as much as I hoped and got a bit delayed.

Last month I mentioned that I don’t feel like am progressing fast enough on my Houdini skills or the game, but to solve this I needed to look at not just my time management but also my focus.

Tuesday to Thursday: Project Work, which is mainly business activities for Z’s Laboratories and Against Sahara.

But I’m changing my schedule to this:

I’ve decided to let go of Houdini for now, and fully focus on learning the Unreal engine.

My skills in Unreal are not up to where I want them to be yet and it’s showing in my slow progress on Against Sahara, so I decided to refocus on Unreal and use my Sundays to make very small 1-day projects.

Also, Houdini and 3D modelling in general is a complex skill to learn with many sub-skills needed, and dedicating just one day a week was not enough.

On the whole, trying to learn UE4 + Houdini + Designing commercial games all at once was inefficient, which is why I’m removing Houdini from the equation for now.

I’d remove the business side of things as well and just focus on learning UE4, unfortunately my savings won’t last me forever and I do need a proper source of income within the next few months.

What’s Next: Building a Playable Version of Against Sahara + Designing a Small Custom Environment in UE4

I’ve already started working on a Halloween-themed environment that I plan on finishing next Sunday.

Development of Against Sahara is also under way and while slow am making steady progress as I wrap my head around how UE4 works. 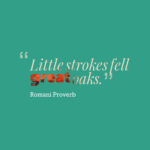 During September I worked on my current flagship project Against Sahara, helped Unreal Bahrain with a lot of tasks for the community and finished going through the Houdini Fundamentals Book.

Designing a card game that is fun, engaging and has educational value proved a lot more difficult than I first realized.

While I originally planned to finalize the design by first week of September, I’m still designing as of today since research is taking a lot more time than first realized.

I’ve gone through 5 iterations so far where I redesigned the entire gameplay and continue to edit and playtest.

I just received today a book I bought as a reference material on the Berber people who live in the Sahara, who’re my game’s characters belong to.

I expect a few more changes to the game’s design after going through the book to make it more representative of the Berber people and their lifestyle.

So far, the gameplay is almost done, all the cards been designed and the story is conceptualized but the gameplay and story is yet to be finalized.

Unfortunately the Houdini Apprentice license doesn’t allow me to export FBX or use the Houdini Engine for UE4, so until I buy a subscription I won’t know how my models look in engine.

I will be buying a license soon of course but only after I learned the tool well and started making assets for Against Sahara, since the sub is quite expensive.

Last month I started a new weekly schedule, and after reviewing my work and progress for the month of September I can happily say the experiment proved successful!.

My energy and focus are better than ever and the game has been progressing steadily.

The only thing is I feel am not progressing fast enough on my Houdini skills or the game, but I’ll refrain from any further adjustments for the next month as new habits need time to prove their worth.

Helping and Being Helped by the Community

Every Saturday Bahraini game devs gather in a coffee shop and work along side each other on their games.

I’ve joined the first Co-Dev Day and did a spontaneous one on Thursday last week with Adel and can say it helps a lot for focus and also to get feedback from each other.

I’ve also taken quite a bit of time off from my game to help organize the next Unreal Bahrain meetup on 6th October.

Working together on our individual goals and helping each other makes everyone more likely to succeed and I’m immensely grateful for all the work Yusuf, Mahmood, Noof, Moneim and all the contributors put into the community.

Not much left design-wise so I’m likely to finish it within next two weeks, afterwards I’ll start work on creating the digital version of the game.

I’m aiming on depicting 1/4th or less of the final game in a demo, which will include the first phase of the game along with finalized art.

But for next month the goal is to build a playable with placeholder assets only to further test how the game will be played on screen. 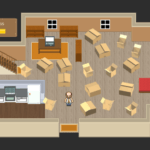 During August I worked on my current flagship project Against Sahara, participated in the Zanga Game Jam 2018 and reviewed my work schedule to come up with something better.

I’ve bought domain name againstsahara.com for its future marketing website (nothing there yet), and I’m in the middle of finalizing the game’s design after building prototypes and testing.

I should be finalizing the design (concept/story/game rules/art/etc.) by 6th September next week.

The 2018th edition of the Zanga Game Jam happened from Friday 17th to Sunday 19th and we had a local site at Corporate Hub 9 in Amwaj Lagoon – Muharraq.

I joined in with a couple of new devs and built with them The Minimalist Lifestyler around the theme Minimalism. 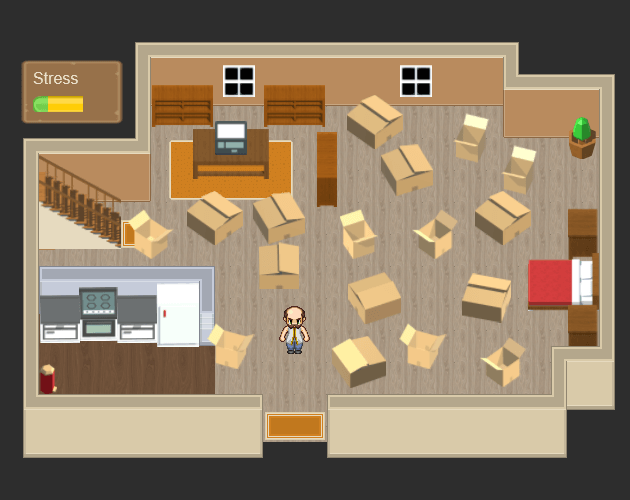 This jam is the 4th I’ve joined in the past 12 months, and I don’t plan on stopping anytime soon!.

They’re an awesome way to meet and work with new people and play around with fresh ideas 😀 .

New Weekly Schedule for a Healthier Self

I felt like my growth was stagnating and my health was deteriorating slightly, so I decided to experiment with a new weekly schedule.

Starting from last work week of August (26th – 30th), instead of small blocks per day for various activities I separated the week into blocks.

On Sunday it’s Gym Day, when I focus entirely on exercise

Monday is Study Day, where I focus on improving existent skills and learning new ones (currently learning Houdini).

From Tuesday to Thursday is project work, which is mainly business activities for Z’s Laboratories and Against Sahara for now.

The effects so far are promising!, starting the week with heavy exercise left me energized for the rest of the week, and dedicating a specific day(s) for study and work made me more focused and ended up a bit more productive than usual.

But it might just be due to excitement of the change so won’t know for sure till I review results during next month’s reflection.

What’s Next: Learning Houdini & Building Digital Demo of Against Sahara

I’m going through Houdini’s official “Houdini Fundamentals” book at the moment, and plan to complete it by end of September.

I wish to make my own assets for my games and chose Houdini as my tool of choice, so this is in preparation for making Against Sahara’s art.

Once I finalize the game’s design, I’ll start building the final version of the game, starting with a story-less and art-less demo. 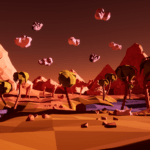 I mentioned last month how my lighting and coloring sense suck, so I did quite a bit of studying this month, mainly on the visual side of things.

I signed up to The Gnomon Workshop for a 1-month subscription and went through the following courses:

With practical skills you have to apply them to learn, and so I practiced lighting and coloring using a pre-made scene from the asset store:

What’s Next: My First Commercial Game

Since April 2018 I focused almost entirely on building up my game dev skills, and it’s finally time for me to put them to the test.

I already started working on my new project in late July, and plan on finishing a demo by mid-August (hopefully).

I’ll be announcing and showing a physical prototype of the game (final game will be digital) during our local game dev community’s next meetup on August 4th.

As for the UE4 VFX course, I didn’t apply what I learned just yet since I decided to prepare a demo for Gamer’s Day in Saudi that will be happening in October.

I’ll be going through it again at a later date, either during the new project if I decide to create original VFX for it, or after finishing the game.

This ends this month’s very short report, hope you enjoyed and if you have any feedback please comment below :). 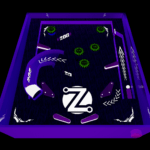 I received my new Alienware 17 R4 laptop, and with it was able to package my pinball game without any hiccups!.

All the freezing and crashing problems I suffered with Unreal have more or less disappeared as well.

Other than that, I wrote the Learning Game Dev guide I promised last month.

A simulation of a classic pinball machine, made in 4 weeks using UE4’s Blueprints (no C++ just yet).

Things I learned from this:

So, I’ll be focusing on visual skills during July. Namely color, light, VFX and perhaps some modeling.

This ends this month’s report. Your comments and feedback would be greatly appreciated, so do comment below. 🙂