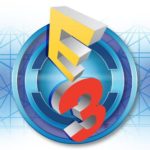 Tomorrow, 12th June 2016, marks the beginning of E3’s live press conferences and events (except for Deus Ex, that was on 8th..)

Timing can be a bit confusing for Bahrain residents, so I made this table showing event timings and dates based on Bahraini local time.

I’ve highlighted the big 3, Sony, Microsoft and Nintendo, as those might have big announcements affecting game development. Whether it’s a new piece of hardware or new services, waits to be seen…

You’ll be able to watch live coverage on YouTube Gaming, as well as various Twitch streams.

I’m especially excited and hoping to see some new HoloLens features and announcements for games and game development, what are you most excited about??

Based on timings as reported by Polygon 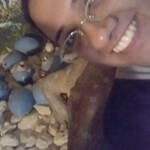 It’s been almost a year since my last post, and I’m very sorry about that.

I was traveling for almost 7 months of the previous 12, and when I returned went through 2 new jobs (a part-time and a full-time), and ended up neglecting my blog with all that was happening >.<!

But now I’m restarting my blogging, and at the moment going through the site and doing much needed maintenance.

You can expect new posts to come out within a couple of weeks, I hope you’ll stick around till then ^-^

As I mentioned in my first post, I’ll be reporting on what I learn so you can benefit too and this is the first such post.

Back in April 2014, I attended a technology forum called iTECH Gulf, a famous regional event for ICT professionals. One of the presenters was Borut Pfeifer, a designer and lead engineer in the team behind Skulls of the Shogun, a successful turn-based strategy game for beginners. He talked about the challenges faced in development of the game, and some surprises they learned along the way.

One such surprise has to do with their most successful platform.

Skulls of the Shogun is available on Android, iPhone, iPad, iPod, Steam, Xbox 360, Windows Store and Windows Phone. Out of all of those, you might be surprised to know the most-sold version is Windows Phone edition. If you’re keeping with industry stats, you should be aware that Android has the biggest chunk of the smartphone industry, with iOS closely behind while Windows Phone is barely competing with the dying BlackBerry.

You will find more statistics at Statista

So, why is the game most successful on the platform with the least amount of users? To explain this, Mr. Pfeifer went on to give an analysis of the situation, and he described a general overview of a platform’s life-cycle:

According to Mr. Pfeifer, he believes Windows Phone is in its Golden Age. True enough, not many developers take Windows Phone seriously, and those who do tend to be beginners into the industry. Because of that, the Windows Phone Store is filled to the brim with low-quality apps and games, while Windows Phone users remain hungry for quality apps. Having a Lumia 520 myself, I can attest to that since I find it hard to get a quality app. So it’s no wonder that when a high grade game like Skulls of the Shogun came out, Windows Phone users gobbled it right up.

If you want to take advantage of that though, you should hurry up; because the number of quality games is increasing and soon there will be a fierce competition.

Bottom line is, to mitigate your risk as much as possible, you should try to target both old and new platforms, instead of putting all your effort into an already crowded market.

I hope you enjoyed this article, and if you have any further insight into the situation, please comment below 🙂

Salam Alaikum, and welcome to my humble blog. My name is Zainab Al-Ansari, and am an aspiring Legendary game designer. I come from the little country of Bahrain, and at 23 years I’ve recently graduated from Bahrain Polytechnic, ICT bachelor majoring in Programming.

During the last year of our studies at poly, we are required to get a job related to our major and work throughout a semester, mine was the position of a Web Developer at VII Tech. Part of poly’s requirements is to submit weekly reflections where we look back on the previous week, and objectively discuss our failures and successes, what we learned and what we need to do to improve. I found these highly beneficial, not just to understand my strengths and weaknesses, but also to see how far I’ve come later on, and so decided to continue the practice. However, instead of keeping these weekly “reports” for myself, I thought perhaps other people might benefit and learn from my experiences, which is why I decided to release them for the public. Expect them every Saturday starting 6th of September, and if I fail to deliver feel free to scold and call me lazy!

So you might be wondering why would you want to read some unknown person’s thoughts? Well, for one thing I expect the blog to be especially helpful for game developers, as well as those who work from home, as I’ll be documenting both my practices, their effects and my game development efforts. But more than that, anyone who shares my love of knowledge would benefit. You see, calling learning my passion, is an understatement. Learning new things excites me, it’s the reason why I wake up in the morning, and consider it my life’s purpose. I want to see, feel, taste and hear everything there is to experience, know of all there is to know, learn of all humanity’s sciences, art, music, literature and all we’ve done. Unlikely dream, but I still pursue it eagerly, and have been so for as long as I remember. If you’re curious enough, you’ll be happy to know that I’ll be sharing not just my work but my pursuit of knowledge with you as well. So I hope you’ll stick along and share our journeys together!

I wish to hear from you, so please feel free to contact me whether to give feedback, ask for advice or anything else. You can use the contact form here, send me an email directly at zainab (at) zslaboratories (dot) com, reply to my posts in the comments section below, or post in my Facebook page. Also, if interested you can subscribe via email or RSS feed on the left, to receive notifications of my posts.

Looking forward to hearing from you 🙂